For the past ten days, I have been glued to the media and social networking sites, especially Twitter. I am not alone.  I have been awed by the level of interest, caring, and actions taken by so many after the June 12 election. As I sat in my office, watching my computer screen, I felt empowered to take a small step, to lend my voice of support to a situation unfolding half-way around the globe. I followed #Iran election, with thousands joining the conversation every millisecond. I retweeted (RT) messages that provided helpful information, and posted my own thoughts. I watched as Facebook friends joined in the discussion and became a fan of sites allegedly providing credible information. I didn’t know if I was making any difference at all, but felt I was a part of something historical, important, and much bigger than me.

I began making connections between my work with organizational leaders and as a researcher, and my concept of tangles. I am fascinated by how people make sense of complexity. I believe that we are all interconnected in a web of relationships. According to complexity theorists, organizational systems self-organize in new structures and patterns as individuals within the system interact with each other. It just takes a few simple rules to create order in a chaotic system. With twitter, one just needs to create a post with 140 characters, retweet posts by acknowledging the source with @Name of Follower, and use the hash mark (#) to create or be part of a trending conversation.

That certainly is what was happening moment by moment as the cascade of tweets grew on Twitter. And slowly, I sensed a pattern of tremendous support, caring, and then danger and fear. It was clear that those within Iran posting video footage and eyewitness reports were in danger.  While social media opened a window to events we could never have witnesses, it also poses threats.

This morning’s Wall Street Journal featured two articles on how governments are intervening to monitor the flow of communication both within their countries and to the outside world. Christopher Rhoads and Loretta Chao reported that the Iranian government has the ability to control and censor information on the internet. In what seems like a scene out of the Counter Terrorism Unit (CTU) on the television show 24, the Iranian government can trace the sources of information and locate those sending messages. One strand of tweets encouraged everyone to change their location and timezone to Iran’s. Another encouraged all of us to not share the “handles” of those sending messages from Iran.

In an opinion piece in the same edition of the Wall Street Journal, Gordon Crovitz writes that beginning July 1, 2009, the Chinese government may have even greater powers in censoring sites that citizens visit, blocking content sent via email, and locating and punishing those who express their opinions online.  While the promise of technology is to empower everyone, those in power have the ability to disempower their citizens.

How is this related to organizational tangles? And what can leaders learn from all of this? Gratefully, we have freedom of speech here in the United States. However, I have witnessed cultural norms in various companies that discourage speaking truth to power or speaking up. My research found that true collaboration and higher productivity and profits more likely emerge in conditions when corporate employees feel they have power and are competent. When they are able to freely speak up about emerging trends that could cause problems or processes and practices that are snarling the system, order emerges. The system is not fragmented, but works together as a whole.

I have facilitated scores of offsites within a myriad of companies. I am often surprised when I hear employees complain that speaking up is a career limiting move. By the same token, the leadership team claims to encourage a free flow of information. What is going on here?  What I have observed is that those who encourage and open up communication seem to have what Mike Lombardo and Bob Eichinger describe as the approachability competency. They put others at ease and are nonjudgmental listeners. Just as I can feel powerful and competent when posting a tweet, leaders who facilitate open environments create conditions in which others can own their power and competence. 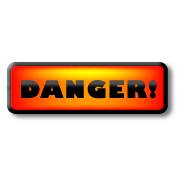