What could an executive leadership coach tell Japan's Naoto Kan? 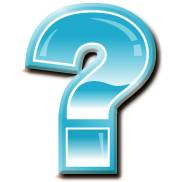 According to John Brinsley, from Bloomberg News, "Three days ago, Prime Minister Naoto Kan was fighting for his political life. Now, the success of his government may hinge on how he responds to what he calls Japan’s biggest crisis since the end of World War II."

Kan was in the midst of a political crisis when the earth began shaking in Japan. He was under fire for accepting a political donation. The spotlight is now off of his questionable political activities and on how he responds to this unfolding crisis. So far the reviews are mixed.

If I were his exectuive leadership coach, I would advise him to demonstrate courage and strength, while at the same time showing empathy and compassion. Leaders I have worked with and observed during times of crisis exude strength and confidence in the future. They also stay calm under pressure. It is an art to not react when there is so much volatility, uncertainty, complexity, and ambiguity (VUCA). During a crisis some action is better than inaction. Decisiveness is also critical.

As the earth continues to tremble and shake and fumes spout from nuclear reactors, it is also going to be important to communicate honestly and often. More than anything people want the truth, even if it is bad news.

What advice would you give to Naoto Kan?

Why You Must Start Re-thinking the Way You Communicate Today