There are no two ways about it. It is tough to give good constructive feedback. Not providing clear tough feedback to peers, direct reports, and staff exacerbates performance problem and contributes to situations that tangle forward progress. For example, I’ve had clients whose direct reports continued to come up short in developing product roll-out strategies. Rather than confront that poor performance, senior leaders complained to each other, but not the person.  As a result, customers were disappointed and company revenue suffered.

Most professionals are educated and trained in their subject area, for example, engineering, law, marketing, finance, manufacturing, etc. Once they move into management, their primary education is less important. Unless professionals are lucky enough to have mentors and bosses who are gifted and effective role models, or they seek education to learn basic management principles, they learn by following the behavior modeled by bosses.  Sometimes they get lucky.  Often they do not. In reality, the ability to effectively manage performance and provide specific positive and constructive feedback is a strong management tool. It goes a long way in ensuring top performance, high morale, retention, and ongoing workforce growth and development.

Based on my experience as an organizational consultant and leadership coach, I have uncovered five key reasons why it is so hard for most of us to give hard feedback They include our hardwiring, level of emotional intelligence, thinking and personality style, gender, and an the individual’s  level of management skill development.

We are hardwired to avoid pain

Evolutionary psychology tells us that even though human beings have developed technology that allows us to live well beyond the means of our cave-dwelling forebears, we still have Stone Age brains. Our cave dwelling ancestors had to rely on their emotions and instincts for survival. When faced with danger, they had to make an instant decision – either fight or flee. Even when balanced with positive messages, human beings hear the negative ones the loudest. This is one reason it is so hard to give negative feedback. On some level, we may all know that we could trigger a fight or fight response. I have had clients rationally tell me that they are afraid of hurting the other person’s feelings and that it is easier to avoid the situation. However, that usually exacerbates the situation. The prospect of giving someone tough feedback may also be perceived as a threat to the prospective feedback giver. That thought in and of itself may trigger a fight or flight response.

Giving tough feedback in a way that gets heard requires a high level of emotional intelligence. A manager must be aware of and monitor his or her emotions. He/she must also be able to demonstrate empathy and be aware when the person receiving feedback is in a fight or flight mode. The manager must then be able to demonstrate high proficiency in managing the relationship in a way that both parties walk away feeling heard, understood, and in alignment.

Our thinking and processing styles make a difference

How individuals think and how they take in and process information can also influence the degree of difficulty in providing effective performance feedback in a way that does not raise defenses and is heard. The Hermann Brain Dominance Instrument (HBDI) is highly validated and measures thinking styles. Based on Hermann’s model, those who prefer left-brain or logical, analytical thinking over right-brain or feeling, emotional, and interpersonal thinking are likely to have a tougher time demonstrating sensitivity in giving performance feedback. Those with an analytical, logical bent could miss the nuances of feeling and rely excessively on facts and logic in approaching a potentially emotion-laden conversation.

Gender may make a difference

Differences in gender also influence the degree of difficulty in giving performance feedback. More women have entered the management ranks in the last thirty years, perhaps changing the emotional landscape of the workplace. Recent brain research helps us understand and explain gender differences. Dr. Louann Brizendine claims that even though 99% of male and female genes are the same, our brains are strikingly different. This one percent difference suggests that we are hardwired differently. Men and women process and read emotions differently with women able to read emotions on the faces of others more quickly than men. This may give women an advantage in anticipating and responding the concerns of others when having a difficult performance discussion. On the other hand, Dr. Marianne Legato claims that men are often pressed by society to remain unemotional even during difficult and harrowing tasks.  Because men internalize much of their conflict, this could add to challenges of already stressful work environments. Men can learn emotional intelligence and to read emotions. It may not as easy because of how our brains naturally function.

Setting and managing expectations is a skill

The ability to set and manage performance expectations is a skill. It requires an understanding of the entire process of performance management -- setting goals, giving constructive feedback, employee development, and evaluating performance. The ability to effectively get work done through others requires the ability to delegate, direct others, and manage and measure work. These skills are relatively easy to develop. They can be learned through courses in basic management skills and from a professional business coach.

The ability to confront others requires courage and the ability to effectively manage conflict. These skills are harder to develop, and are best learned through mentoring, professional coaching, and ongoing development practices.

While a brief performance conversation may seem like a simple task, in actuality, it is quite complex. Leaders need to consider their own biases, strengths, and weaknesses, as well as those of the person for whom the feedback is intended. Not developing an organizational capacity to effectively provide performance feedback results in organizational tangles that are difficult to unravel.

If you would like to sharpen your organization’s skills in giving tough feedback during these challenging times, please contact me at info@rubenconsuting.com for a complimentary consultation. 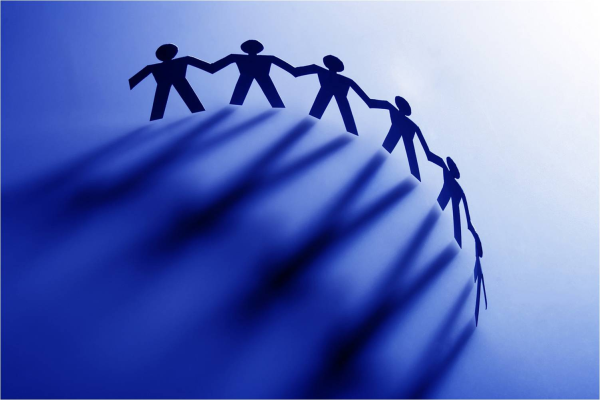