Wall Street Journal reporter Kara Swisher interviewed Carol Bartz, CEO of Yahoo, at the recent All Things Digital Conference. I was struck by Bartz's assertions that organizational structure has limited Yahoo's ability to innovate. Bartz's comments validated findings from my own research. I was interested in uncovering the organizational enablers that contribute to the unwinding of organizational tangles. I define tangles as those interpersonal, political, and human dynamics messes that tie organizations up in knots. What I found in my research is that an organizational structure that ensures clear levels of authority and accountability creates clear channels of communication, and removes the fuzziness that stalls forward progress.

When Jerry Yang first approached Carol Bartz about the CEO position, she was not receptive. She met with him anyway, and once into the conversation, asked him to draw the organization chart. What became apparent to Bartz was that there was a fuzziness, or lack of clarity, about who made the important decisions. She likened the structure that existed under Yang to a Dilbert cartoon.

Bartz told Swisher that organizations get in their own way when lines of responsibility are not clear, or in her words, ". . . if people are all bound up, and if they don't know if they get to make the decision or somebody else, and if they do, what happens to them, and so on and so forth."  In my own work, I often encounter individuals and teams that are stumbling because they don't know who makes the final decision, or who has ownership of a particular process.  Once that is clarified, I find that roadblocks melt away and productivity increases.

Besides a lack of clarity about decision making, I also encounter turf wars between departmental or divisional silos. Bartz comments that at Yahoo "we have bigger silos inside the company than outside. The homepage people didn't want to drive traffic to the finance page because they wanted to keep them on the home page."  Making a change in the structure and ownership often unwinds tangles.

What I find fascinating in my work is that organizations create structures and make them work, even if there are workarounds, challenges, and inevitable tangles. Often, what looks like a personality challenge, may be in fact due to a systemic or structural issue. Lines of communication can and do get gnarled when it is not clear who has ownership, authority, and accountability. Organizational structure is one of many factors that I, as a Tangle Doctor, investigate when called in to strengthen organizational performance. 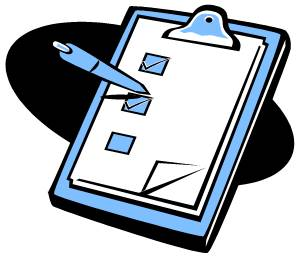